Tuesday night I trimmed the piece and put the binding on by machine and started hand sewing it down on the back.  I finished the hand sewing on Wednesday morning! 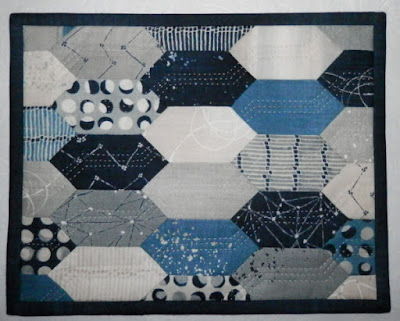 And here's why I made it.  In December, at a craft show, I found this little antique wire horse basket.  It came with the heart and the bear, which are considered "prims".  Did I mention it is a horse? 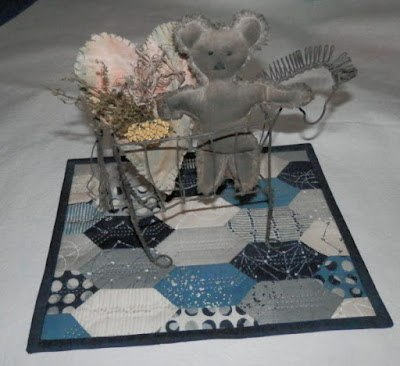 I had originally used this honeycomb piece but it was a bit small, and I wanted something darker in color.  I looked for cream and navy civil war prints, but everything was a bit too light for what I wanted.  Thus, the Nocturne collection. 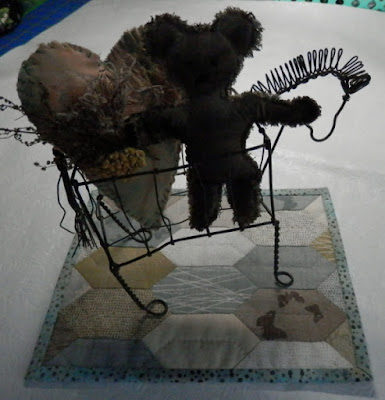 You can see in comparing the picture above and the one below that darker was better. 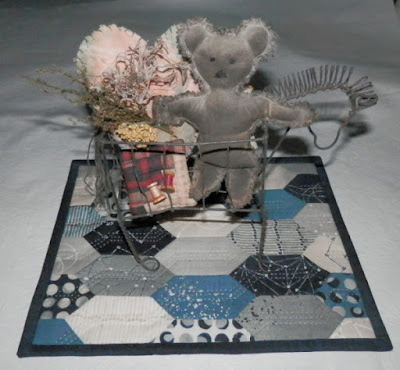 These last two photos are a bit light in color--tried two lighting sources and these came out the best(?).  You may also notice the little log cabin pin in the basket; something I had that fit the theme.  And behind the bear is a tiny tree made from an old quilt remnant. 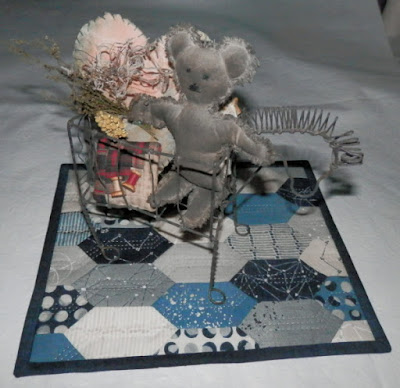 So that's the rest of the story, as Paul Harvey used to say.  I love this piece and look forward to making more things from the Nocturne fabrics.

With the strange weather we've been having (again), I have spent quite a few days at home and I've been pretty productive!

A few months ago I bought a layer cake of Janet Clare's Nocturne (Moda) plus a yard each of a cream and a navy (same collection).  They aged, though not as long as some of my stash!  (And, yes, I did wash the layer cake!)

On Sunday I cut the honeycomb shapes and started arranging them.  On Monday I pieced the top.  It was okay, but it was a bit big for what I had in mind.  (I actually didn't have much of a plan, which is why I did more work than I needed to.)  I decided to sleep on it and see what I wanted to do. 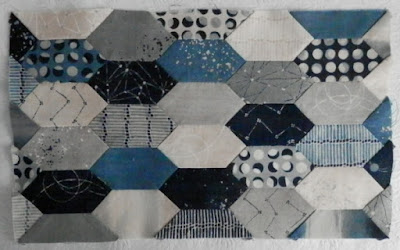 On Tuesday morning I decided to fix the problem.  I folded back the short ends until I had what I thought was a more reasonable length.  You can see the line I drew in chalk (at the number 25 on the mat).  There is another line at the other end. 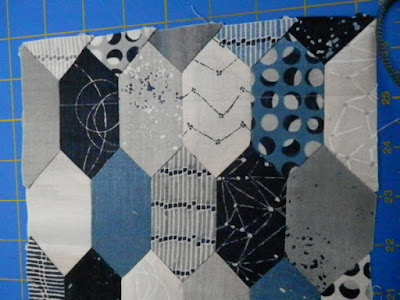 Because this was hand pieced, I wanted to be sure the ends would not fray where I was cutting.  (If you have ever tried to take out hand stitching, you know it's pretty difficult; but you also know me--The Belt-and-Suspenders-Girl.)  So I stitched by machine 1/8 inch inside the drawn lines. 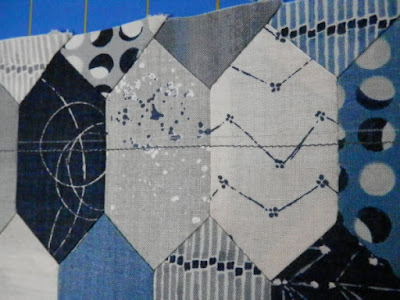 Then I used a ruler and cutter and cut on the drawn line.  Voila!  It is so much prettier and more in keeping with what I had in mind.  Compare this pic with the first one. 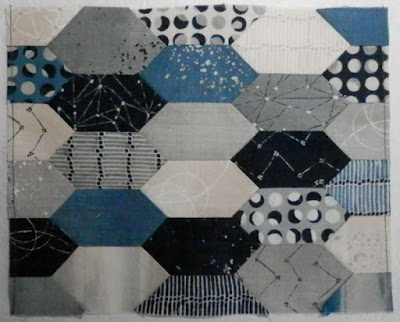 I basted for hand quilting and... 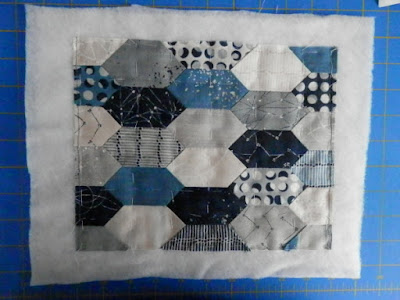 quilted the entire piece on Tuesday. 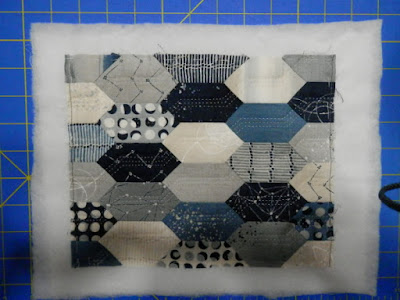 Triple lines of quilting.  I just love the texture.  The thread is a variegated cream to tan in a 30 wt.  I used a Hera Marker and a ruler to draw the lines; no marks to remove. 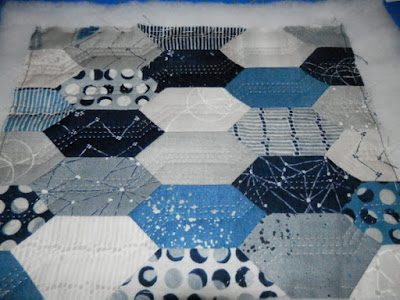 A shot of the back. 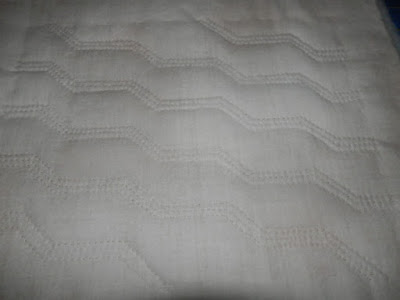 Stay tuned for Part 2 where you will get to see the final piece and what I made it for.  I think you will be surprised!

P.S.  I am listening to Back of Beyond by C.J. Box.  Seriously, if you haven't read or listened to any of his work, you are really missing out.
Posted by Sharon Stroud at 10:46:00 PM 1 comment: